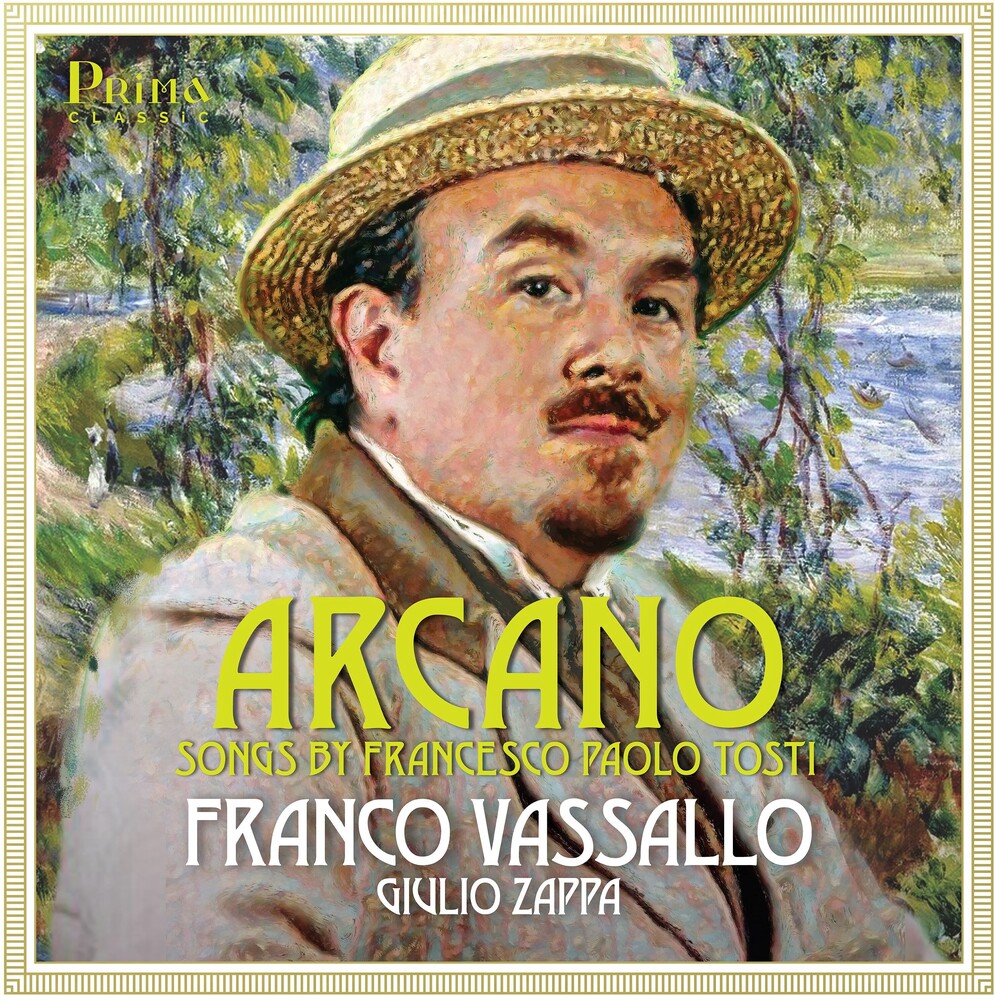 High-ceilinged rooms with elaborate chandeliers and exquisite furniture, lavish meals and delicate wines, civilized conversation with the most interesting people of the day, and of course, music. These were the late 19th and early 20th centuries' pleasures the Salons had to offer, and music was not a minor component of this most sophisticated social tradition which thrived in western societies up until 1914.Francesco Paolo Tosti was no stranger to this world. By putting music to the words of exquisite poets, his fame grew so widely that in 1880 he was appointed the singing master to the British Royal Family, and even Verdi allegedly said that Tosti was the best singing teacher of his time.Baritone Franco Vassallo is a native of Milan, where at a very early age he discovered his great enthusiasm for opera and classical music.Vassallo's singing career took off in 1994, when he won the AsLiCo international singing competition in Milan. In 1997, he won the competition to sing Ford in Verdi's Falstaff at the Arena di Verona. These performances quickly led to outstanding success in the title role in Rossini's Il barbiere di Siviglia. For a number of years, Vassallo was the performer of choice in that role almost everywhere.In the following years, he specialized in the bel canto roles of Donizetti and Bellini, which took him to La Scala in Milan, the Staatsoper in Vienna, and the Metropolitan Opera in New York City. As he has matured, Vassallo has stayed true to his bel canto roots while developing his career as an interpreter of the great Verdi baritone roles, which include Simon Boccanegra, Attila, Un Ballo in Maschera, Don Carlo, Rigoletto, MacBeth, Nabucco, Otello, Il Trovatore, and La Forza del Destino, with performances in all the great opera houses of the world.