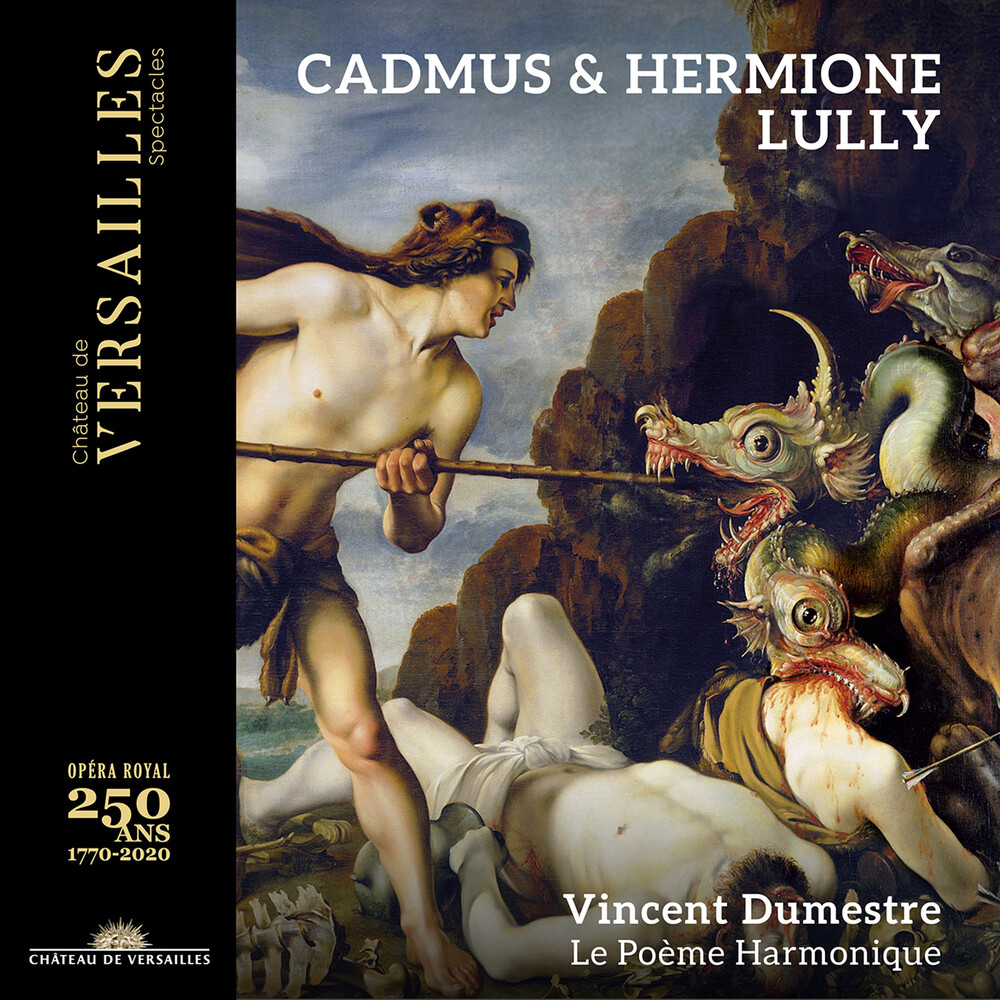 An ancient hero, a dragon, a young goddess: love and glory are at the heart of Lully's first opera, first performed in front of Louis XIV. As in his previous works - divertissements, ballets de cour and comédies- ballets - Lully makes the voices and the orchestra sparkle, multiplying the pieces which stand out and that were appealing to the court. But with the help of the librettist Philippe Quinault, he introduced the dramatic force of French classical tragédie in an exclusively musical work: and here the audience was bewitched by the mythical love stories so sumptuously portrayed. The first tragic heroes, the first great love duets, the first tears from the audience: the tragédie-lyrique, this opera in the French manner, was born, and thanks to it, until his death in 1687, Lully would never cease to delight. Vincent Dumestre brilliantly resuscitates this seminal work, thus celebrating with dignity the three hundred and fifty years of the Académie royale de musique!