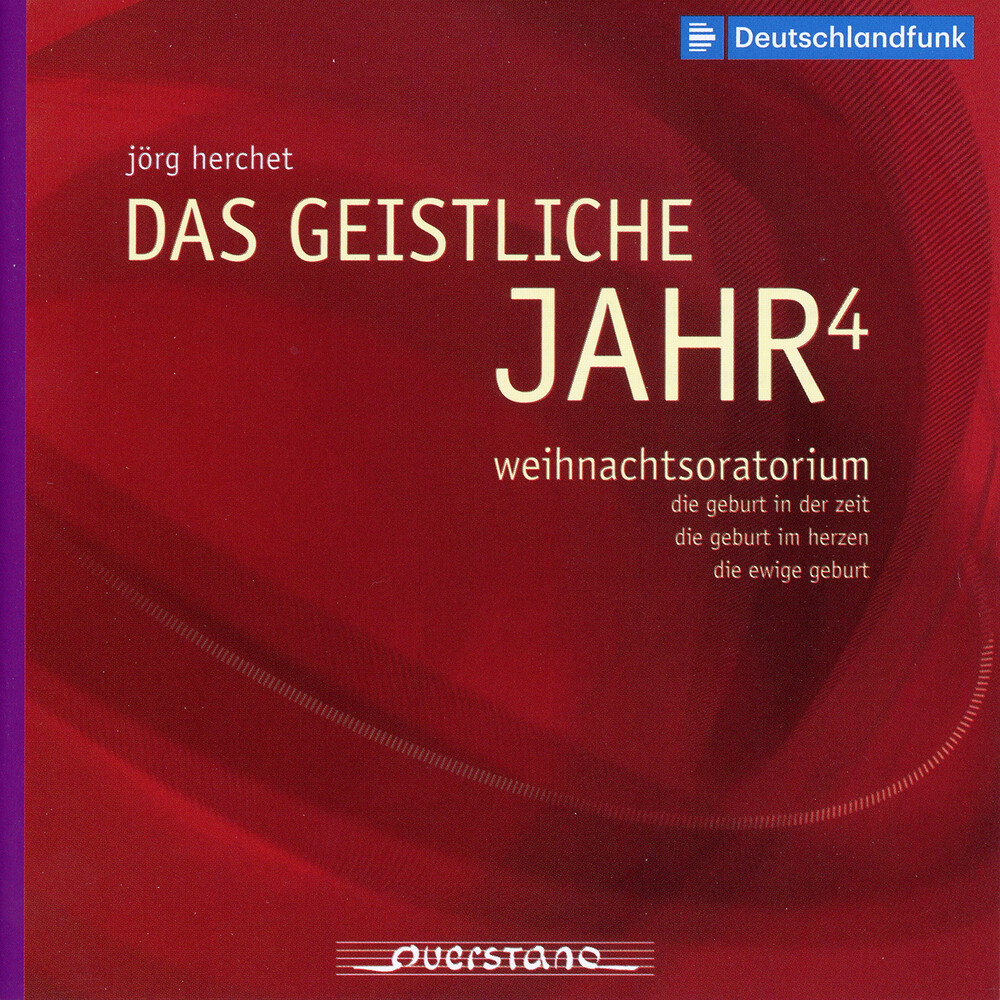 JĂ¶rg Herchet's Weihnachtsoratorium (Christmas Oratorio) was written on a commission by the Stuttgart International Bach Academy. Kantate 1 was premiered on 07/12/2013 in the Stuttgart Liederhalle under the direction of Hans-Christoph Rade-mann; kantate 2 was first performed at the same place on 4/6/2015 with the same conductor. The entire work was performed as a whole for the first time in the Christuskirche in Dresden on 18/12/2016 by courtesy of the Stuttgart International Bach Academy; this included the premiere of kantate 3. The double album at hand, based on a recording by Deutschlandfunk, is a document of the performance. The theme of the Weihnachtsoratorium by JĂ¶rg Herchet is the birth of Jesus Christ in all of it's many diverse dimensions. Not only is the Christmas story from the Gospel of Luke set to music, but also the meaning of the salvation of all people that Christians attribute to this event. The Nicene-Constantinopolitan Creed (381 A.D.) already outlines the concept of salvation. Christ was thus born of God before all time; he has been part of history from the very beginning. Meister Eckhart, theologian and philosopher living in the late middle ages, had another concept: when God created the world, he did so out of love. He shared this love with humanity as his likeness; love is part of the human soul, but it also rises up "to God" and so is an integral part of God. He calls this experience the birth of God in our souls, in our hearts. These three notions - the story of the birth in the manger, the birth in our hearts and the everlasting birth - these are the themes of the three cantatas of JĂ¶rg Herchet's Weihnachtsoratorium.
back to top