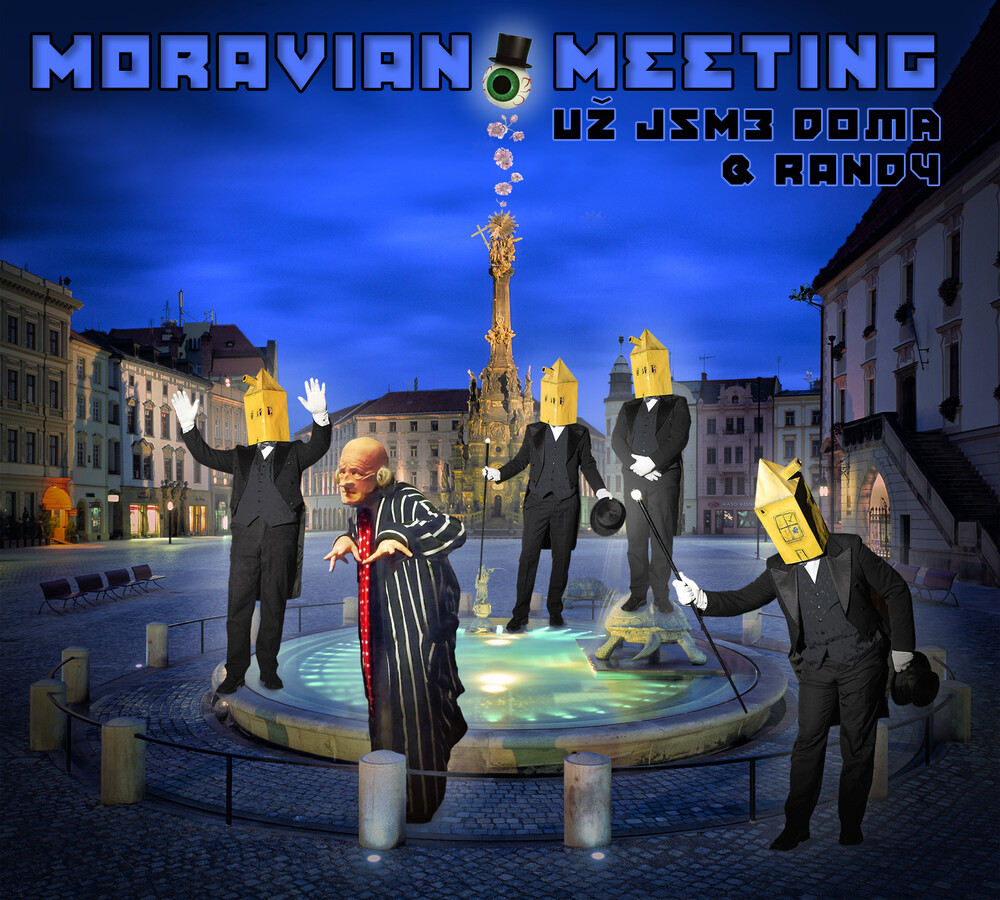 The show on this album was performed in Olomouc, Czech Republic, at the Moravian Theatre, in the year 2010. The Ceasar gallery organized a retrospective exhibition called "The Residents Residence" in Olomouc. The exhibition contained art, constumes, masks and other artefacts of The Residents and Uz Jsme Doma were asked if they could create their own versions of The Residents' songs, and play them to support the exhibition. As Randy, the Residents' singer, was invited for the opening and staying in Olomouc for a couple of days, it was a good opportunity to have him on one stage with Uz Jsme Doma. 13 songs were chosen, partly by Miroslav Wanek and partly by Randy. Miroslav turned the original arrangements into the UJD sound with full respect to The Residents style and mood. He was able to use his own experience with this kind of work - in 1981, during the communist regime in Czechoslovakia, he discovered recordings of The Residents and covered them with the punk band he was then involved with. The Residents are an American art collective best known for their avant-garde music and multimedia works. Since their first official release, Meet the Residents in 1974, the group has released over sixty albums, numerous music videos and short films, three CD-ROM projects, and ten DVDs. They have undertaken seven major world tours and scored multiple films. Uz Jsme Doma are a progressive rock band from Prague, Czech Republic, who originally formed in the Czech border town Teplice in 1985. Cited musical influences include The Residents, The Damned, Pere Ubu, Uriah Heep and the Rock in Opposition movement. The band has released seven studio albums, two live albums, a best-of package and a DVD containing live footage and a documentary film about the history of the band, which discusses it's artistic significance and chronicles it's dozens of lineup changes in it's long career.