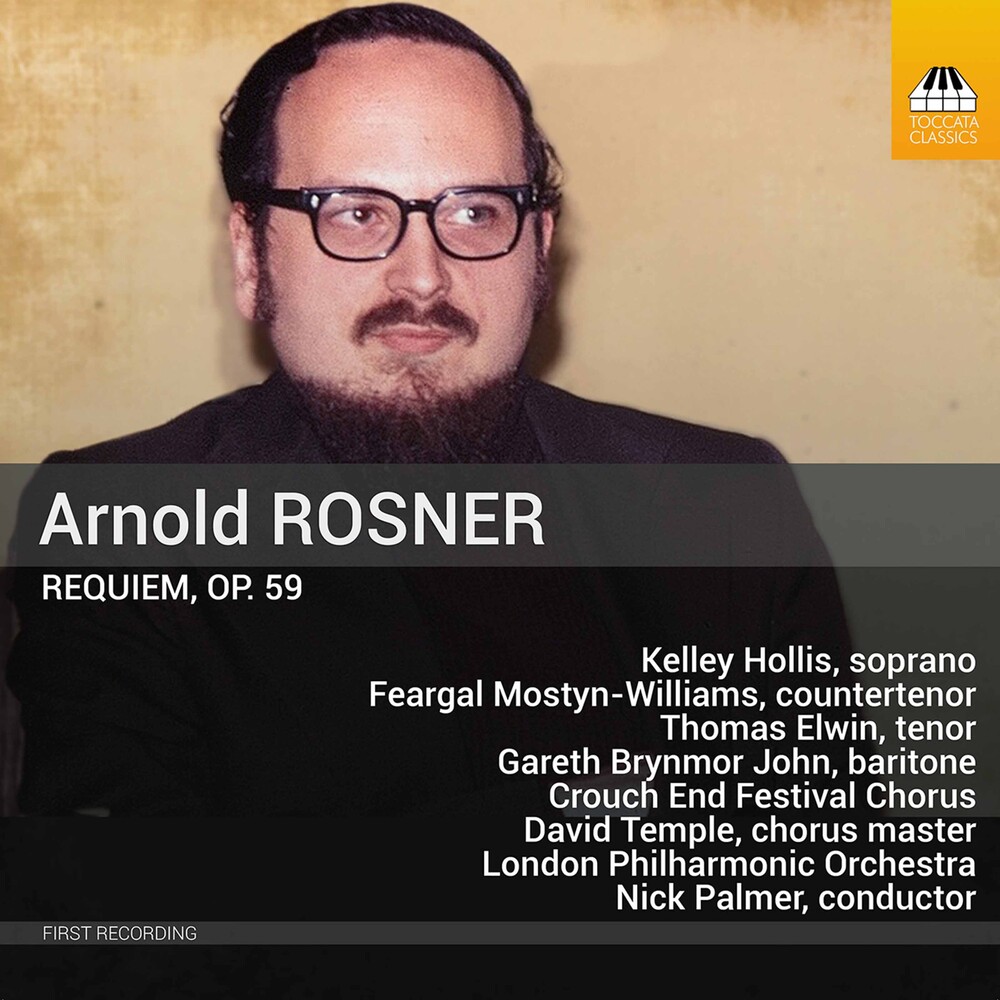 Far from being a treatment of the usual Latin, the Requiem of the New York-based Arnold Rosner (1945-2013) sets spiritual and secular texts on death from a number of the world's cultures, including Whitman, Villon, the Tibetan Book of the Dead, a sutra from Zen Buddhism and the Jewish Kaddish. The work of a young man (Rosner was 28 when he wrote it), this Requiem is both monumental and wildly energetic - but it also encompasses passages of transcendent beauty. His musical language clothes the modal harmony and rhythm of pre-Baroque polyphony in rich Romantic colors, producing a style that is instantly recognizable and immediately appealing. Some of the music was first written for an aborted operatic treatment of Ingmar Bergman's film The Seventh Seal, where the main character plays chess with Death; in like spirit, Rosner's Requiem is a major statement of human defiance in the face of mortality, even if it's gentle closing pages bring uneasy acceptance