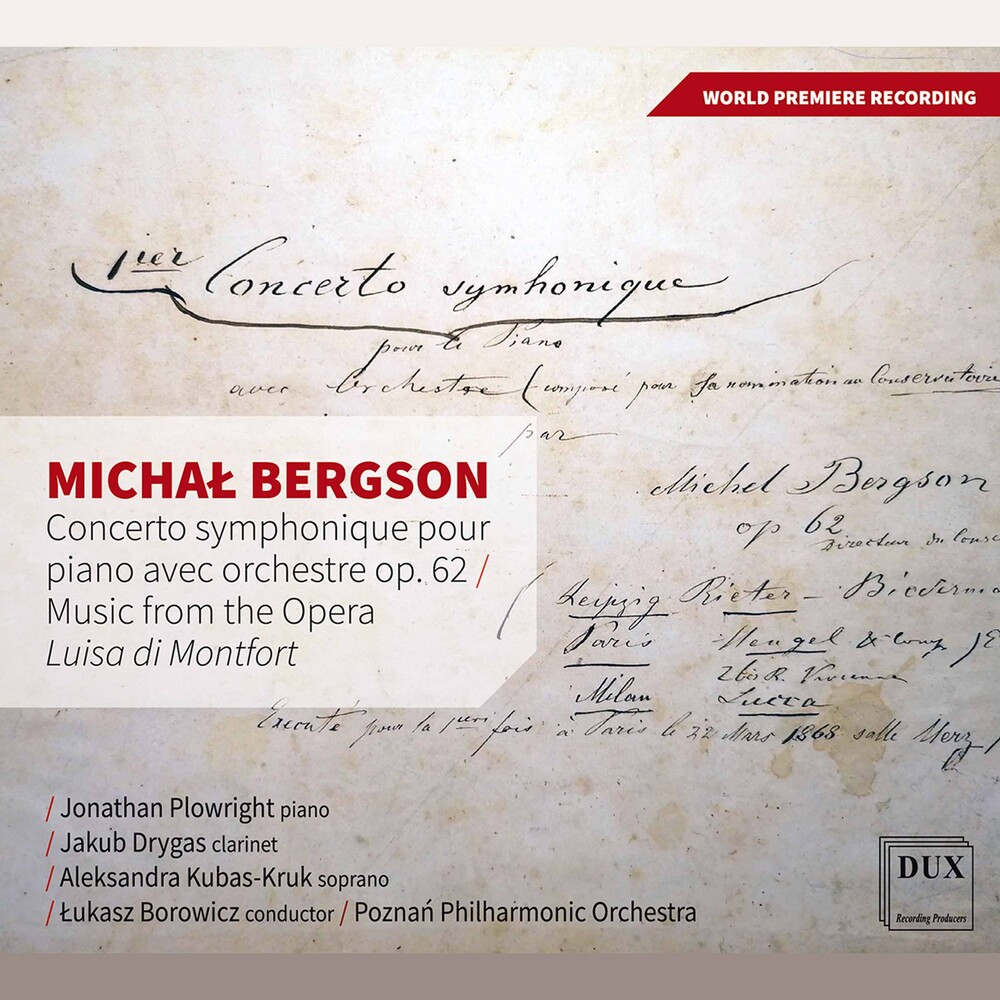 From the conductor: "We live in an era of musical discoveries. For years manifested and defined only through the work of it's most outstanding composers, Polish music has been reclaiming it's all-embracing capacity: we get to know forgotten, underrated, sometimes outright ignored authors (in spite of their significant contribution to Polish culture). The epoch in the history of Polish music that is basically written anew is the time of the Partitions. In the history of European music, the nineteenth century was a period of profound changes: a bumpy road running from the late-Classicist period to the bloom and twilight of Romanticism, to the beginning of all modernist trends. In Polish music, it was the time of two titans: Fryderyk Chopin and Stanislaw Moniuszko; it was thanks to their work that Polish music survived, and gained new, original appearance. For generations of younger composers Chopin's genius was a source of inspiration; his shadow, on the other hand, became for many an obstacle they were unable to surmount (among those who complained about the difficulty to break away from the "post-Chopinesque" tradition we find such names, as Mieczyslaw Karlowicz and Karol Szymanowski). Political situation in the 19th-century Poland hindered development of the orchestral movement; it was the opera, as well as chamber, and, above all, piano music that enjoyed greatest popularity. Such was the reality that shaped Michal Bergson, the hero of the current album..."