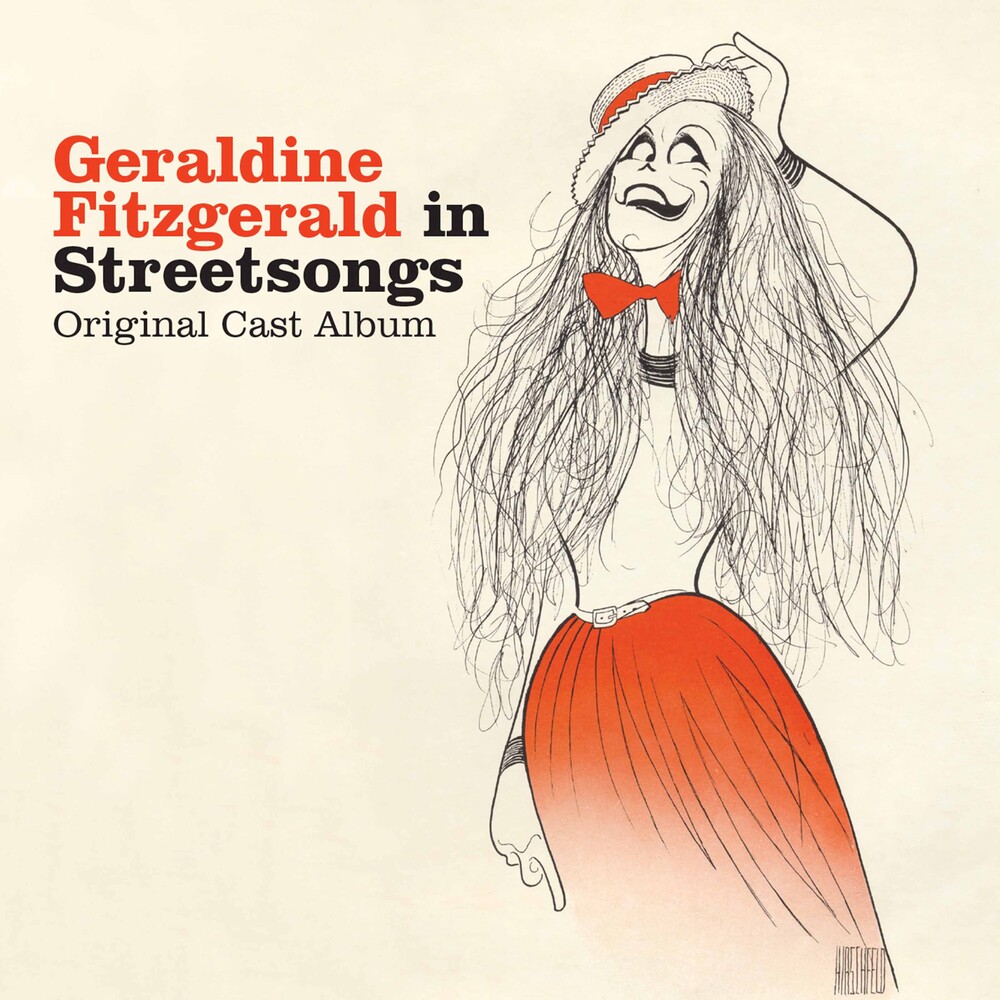 In 1979 Geraldine Fitzgerald (1913-2005), the legendary Broadway and Hollywood star, did something she had never done before: she began singing in her own cabaret act-Streetsongs-and the New York critics raved. Wrote Rex Reed: "Leaves audiences screaming with applause." Her cabaret led to a PBS special, a long run at New York's Roundabout Theatre, an evening at the White House for President Jimmy Carter, and a tour to Chicago, Boston, Los Angeles, Pittsburgh, Philadelphia and Washington, D.C. Fitzgerald described her streetsongs as "songs any of us might sing walking down the street," and her program ranged from folk songs from her native Dublin and music hall songs from London to beloved tunes by the Beatles and George Gershwin. Fitzgerald was a singing actor. ("I have a strange voice," she admitted, "but I know how to control it.,") Critics compared her with Lotte Lenya and Marlene Dietrich. In 1983 her show was taped before a live audience at Cleveland's Great Lakes Shakespeare Festival. Released on LP, the reviews of the album were once again sensational. "She fills the stage with lusty, warm-blooded vitality," wrote John S. Wilson in The New York Times. Added Nat Hentoff in The Wall Street Journal: "She conjures up the rhythms of diverse people who have sung in the streets, in pubs and anywhere else a melody can no longer be contained." Now, for the first time in 35 years, Streetsongs has been re-released complete with Al Hirschfeld's famous cover caricature and extensive liner notes. It's an album no musical theater lover will want to miss.
back to top