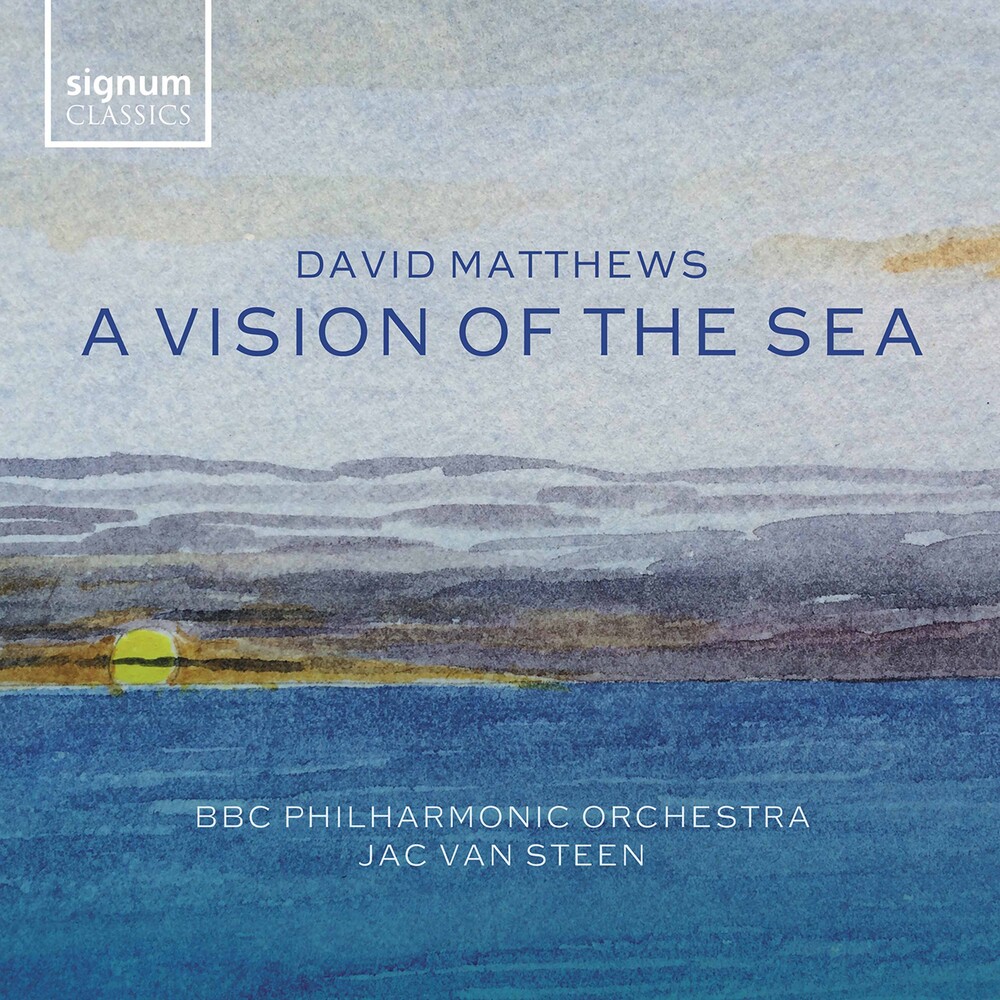 A frequent collaborator with both the BBC Philharmonic Orchestra and Jac van Steen, David Matthews' new recording explores both the natural world and the symphonic idea, the second of which has, in his words, "obsessed me since I started composing at the age of 16." As well the Sinfonia and Symphony No. 8, the programme includes Toward Sunrise; inspired by the sound of the sun (a rising fourth of C-F), as recorded by scientists at Sheffield University, and A Vision of the Sea; drawn from the sights and sounds of English Channel near the composers' home in Deal, Kent. With a singular body of work spanning almost 60 years, David Matthews has established an international reputation as one of the leading symphonists of our time. Born in London in 1943, he began composing at the age of sixteen. He read Classics at the University of Nottingham - where he has more recently been made an Honorary Doctor of Music - and afterwards studied composition privately with Anthony Milner. He was also helped by the advice and encouragement of Nicholas Maw and spent three years as an assistant to Benjamin Britten in the late 1960s. In the 1970s a friendship with the Australian composer Peter Sculthorpe (leading to collaboration and numerous trips to Sydney) helped Matthews find his own distinctive voice.