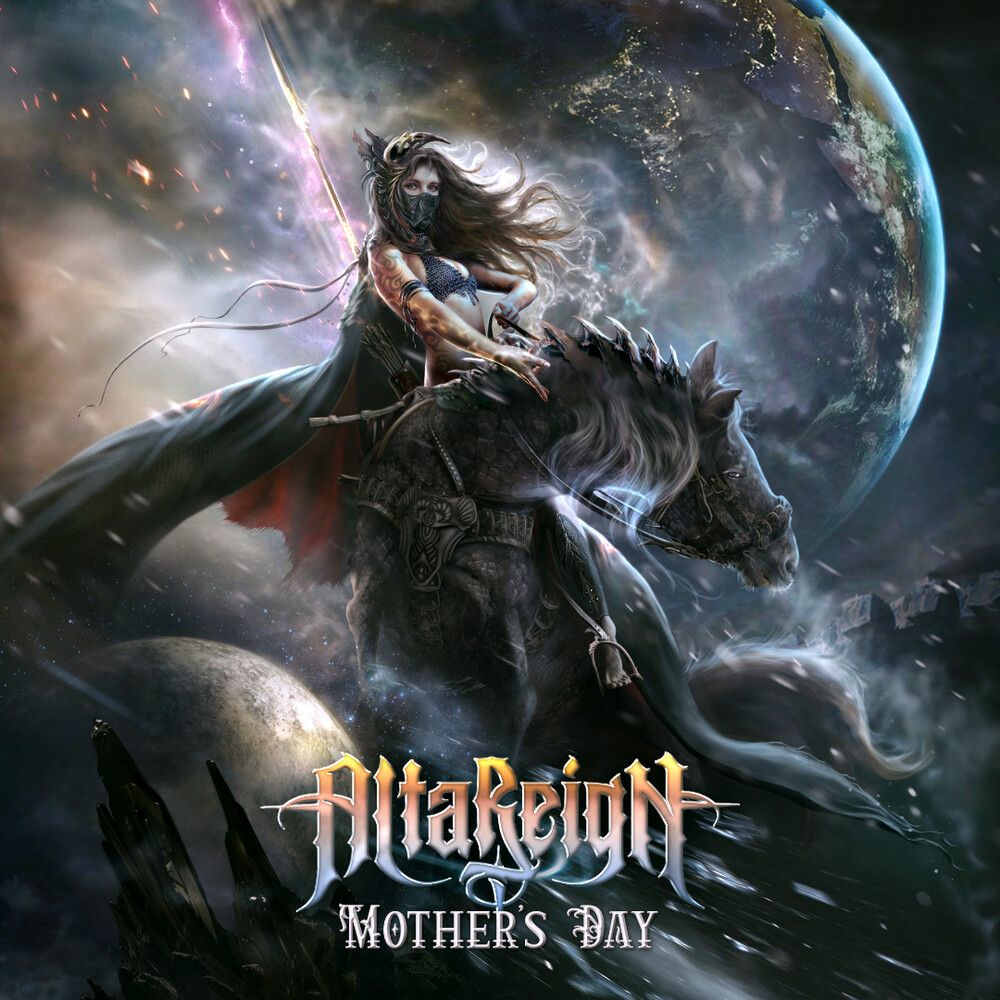 Jeff Plate has joined forces with TSO keyboardist Jane Mangini and some amazing new talent to form his "years in the making" band Alta Reign. Plate and Mangini, along with Tommy Cook (guitars/lead vocals), Collin Holloway (guitars/lead vocals), Kevin McCarthy (bass, vocals) and Zach Hamilton (keyboards, guitars/vocals), will be releasing Alta Reign's debut album "Mother's Day" on January 8, 2021 via Rat Pak Records. The album is a reflection of dedication as the initial idea spawned 30 years ago and ended in 2020 with the album now being released in 2021. States drummer Jeff Plate, "Beginning in a rehearsal room in Rockland, Ma. 30 years ago, and ending in this insane year of 2020, "Mother's Day" is the end result of years of writing, listening, learning, planning and waiting for the right moment to put this all together. Everyone involved has been the perfect combination of effort and talent to complete the ideas and songs that have been kicking around in my head for years. I could not be prouder to share this album with the world, this is Alta Reign." From the album's opening riffs of "Shine" to the majestic "Mother's Day", the reflective mood of "Always" and the mindful closer "Rise", Alta Reign has created something very different and original. Drawing from his history, his influences and his heroes, Plate has combined Melodic, Progressive, Hard Rock and straight up Metal to create a unique landscape for the listener. Other TSO brethren make an appearance on Mother's Day as guitarist Joel Hoekstra can be heard on the title track and guitarist Chris Caffery shows up on "Rise". Songs like "Thin Red Line", the frenetic instrumental "ESC (Escape)" and "Let's Go! (I'm In Charge Now)" present every indication that the talent of these musicians is limitless. "I have known Jeff for 20 years through the Trans-Siberian Orchestra. I had the honor of playing with him on 'Beethoven's Last Night' Tour in 2010. The most fun I had on that tour was soundcheck, actually his soundcheck. He would play the coolest riffs and I probably annoyed him playing along, but I always thought how great it would be to put something together with him. Ten years later I got a call and I'm pretty sure I said yes even before he even finished asking me. I'm so very happy that I fit in", explains keyboardist Jane Mangini.