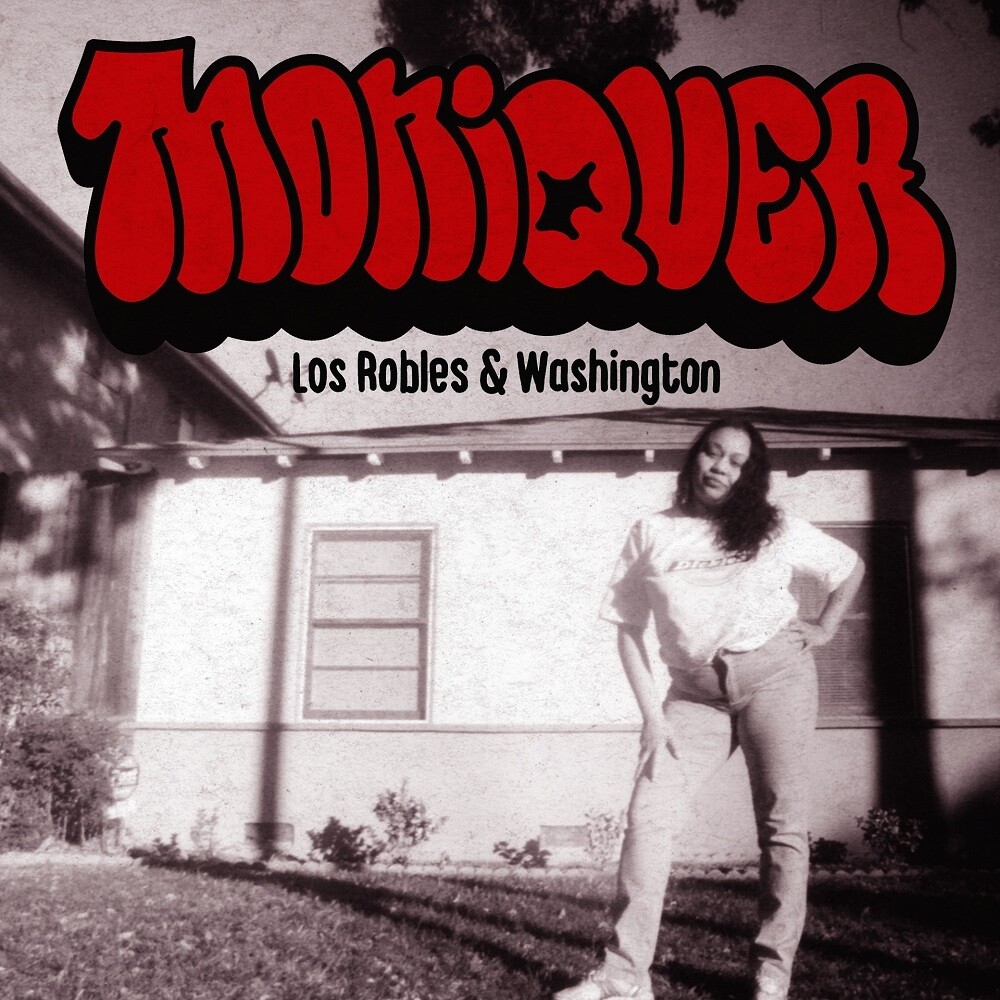 For her third release on the MoFunk label, Moniquea takes to the streets on a certified west coast ride. Named after the corner she resided at in Pasadena, California, during the mid 90's, Los Robles & Washington is equal parts tribute to her hometown, ode to the laid back Los Angeles lifestyle, and a forward-thinking envisionment of how the g-funk sound of nearly three decades past fits perfectly with the modern funk sound of the present day. Uptempo offerings such as "All The Time," "Under Control," & the Mofak-produced "Who Is That Girl" (feat. XL Middleton & Kevin "Slow Jammin" James) channel boogie-era funk legends and Venice Beach pop lock battles, while more medium-paced tracks like "Get Away With My Lovin," "Put Your Trust In Me," or the album's title cut evoke liquor store runs in hot weather and tendrils of chronic smoke trailing from Buick Regal windows. Indeed, the straightforwardly titled "House Party" paints a portrait of a bygone era so vividly it feels like it just happened last weekend - The backyard boogie, the pregame beforehand, the thrill of cutting loose at someone's house as if it was the Century Club. Finally, the tracks "Believe Me" (feat. Zackey Force Funk & Polyester The Saint) & "Always On The Run" carry nods to contemporary west coast rap & 'future R&B' respectively. The bulk of production on Los Robles & Washington is handled by XL Middleton, who continues to serve up varied platters of funk, from "G" to "modern."