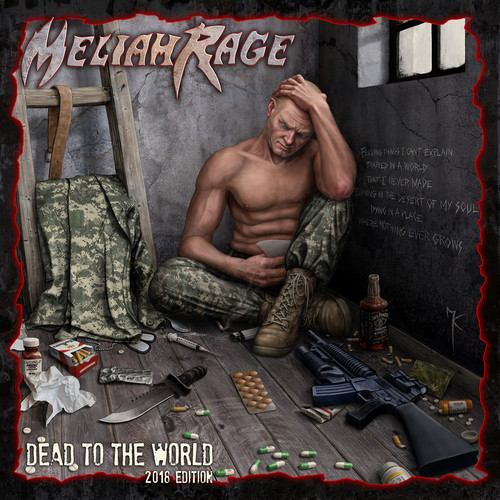 Digitally remastered and expanded edition of this 2011 album including two bonus tracks. These US power/thrash veterans probably don't need much introduction... But what can be said about this album? Well, for sure you can't expect another Kill to Survive after 23 years. Dead to the World contains more mellow and classic US power metal, but that's how Meliah Rage have been playing in the recent years, even though they can still thrash with machine-gun guitar attacks. Mike Munro is gone (however sang on one of the songs) and Paul Souza stepped in again to deliver some of the darkest lyrics in band's history with a voice that showcases a wider range. It's a hook-filled album with great melodic lines and with crunchy riffs, played by seasoned musicians delivering their goods with confidence. Still most comparable to Metallica, but fans of Metal Church, Wargasm and Xentrix should dig it too!