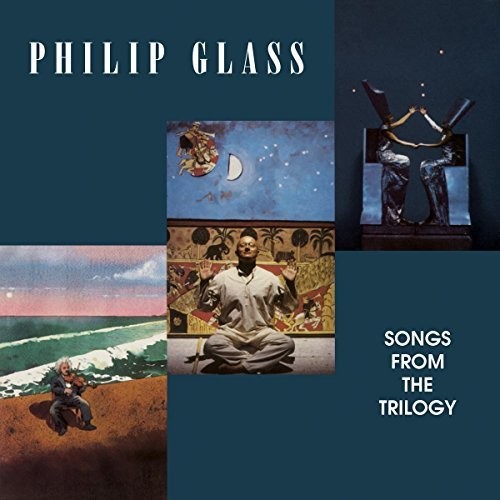 'Philip Glass is an American composer and considered one of the most influential music makers of the late 20th century. Many classical artists derive inspiration from his works, such as harpist Lavinia Meijer with her latest album The Glass Effect [MOVCL028], Nils Frahm and many more artists. Glass's compositions have been described as minimal music, as were those of other 'minimalists' such as La Monte Young, Terry Riley. However, Glass has described himself instead as a composer of 'music with repetitive structures', which he has helped evolve stylistically. Glass founded the Philip Glass Ensemble, with which he still performs on keyboards, and has written 24 operas, musical theatre works, ten symphonies, eleven concertos, solo works, chamber music including seven string quartets and instrumental sonatas, and film scores. Three of his film scores have been nominated for Academy Awards. Songs from the Trilogy is a 1989 compilation album of songs from Philip Glass' operas Einstein On The Beach, Satyagraha and Akhnaten. Many of the songs on the album have been altered or shortened from their original composition.
back to top